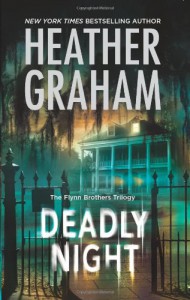 I love most genre but sometimes I'm just in the mood for a good ghost story and if I want to be sure I am going to be satisfied, I grab a Heather Graham book. They usually come in sets of three and this is the first of the Flynn brothers trilogy.

The New Orleans setting was fun and the back story of the civil war cousins fighting on opposite sides was intriguing. The plantation, cemetery, and voodoo references really brought New Orleans into focus, both past and present, from the lure of Bourbon Street to the romance of the large plantations and their grounds. The characters were likable and as the reader gets to know them better, we learn about their lives, where they've been, and where they're headed. Aidan and Kendall do not begin the book getting along but eventually do give in to their hidden attraction for one another, as was to be expected.

The ghost story was engaging. Two cousins fighting on opposites sides who supposedly killed each other over a woman. The woman, attacked by a crazed officer, who throws herself off of the balcony to her death, haunts the plantation. These ghosts from the Civil War era begin to present themselves in dreams to warn our characters of the dangers they are facing in the present. And each time they dream, we learn more about the past and how it connects to the current mystery.

There is some predictability in that you know the two main characters are going to get together. Heather Graham's books are labeled as paranormal romance and the author usually sticks to a similar pattern in the romance area. However, with regard to plot, I have found that there are enough possible suspects and a few twists that generally keep me guessing until the last few chapters of the books, and this was no exception. Heather Graham's book are fun, paranormal romance with a lot of suspense and I know I can always turn to her when I want a book I can count on enjoying. 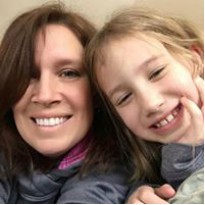